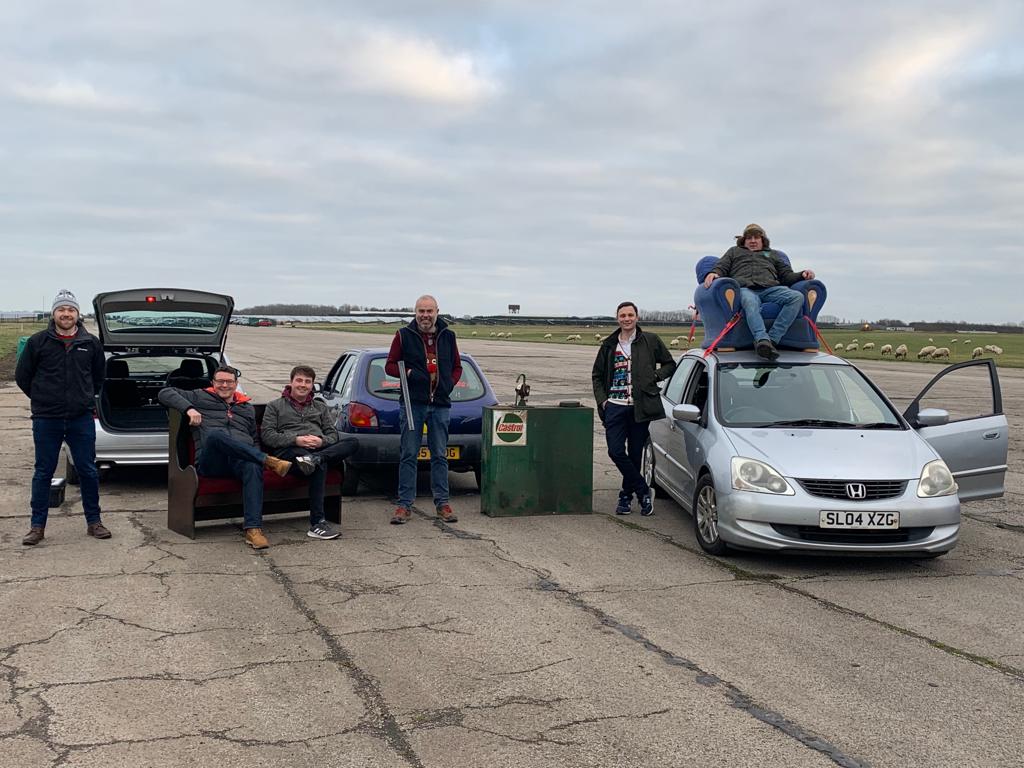 As part of our activities to commemorate our 30th company anniversary, and raise £30,000 for three local charities, Mather Jamie had organised a Top Gear style event whereby five teams were challenged to buy a £500 ‘banger’ and drive to East Anglia.

The original plan was to drive to the Norfolk coast with an overnight stay in Kings Lynn, however, these plans were scuppered by the petrol crisis in October, and an alternative challenge involving Leicester landmarks was arranged - which also gave drivers the option to limp their Bangers home if they broke down!

This alternative event finally happened in late December, pushing the firm’s fundraising total to £36k – 120% over the original target.

Four teams took part, each driving a “banger of choice”. Gary Kirk and Gary Owens chose a 1997 Ford Fiesta, Tim Jones a 2003 Honda Civic, a 58 plate Nissan Micra was the vehicle of choice for Rob Cole and his son, Henry, whilst Alex Reid and Sam Woodhouse went more upmarket with a BMW tourer.

All bangers and passengers started at 8am from Farm Town and each team was required to visit as many of the defined touristy and historical locations as they could within the timeframe. All had to reconvene no later than 3.15pm at Prestwold Aerodrome ready for a ¼ mile drag race after sourcing and buying an antique for £50, which will later be auctioned off for charity.

Each location that the teams had to visit (in no particular order) had a points value, with a bonus of 10 points awarded to any team that also reached the Triumph Factory in Hinckley. Other sites included; Belvoir Castle, Melton Mowbray, where each team had to take a photo with a pork pie, Donington Park Race Circuit, Foxton Locks, and Twycross Zoo. To deter speeding and to penalise poor driving and maintenance, penalty points were incurred for any breakdowns and car repairs. 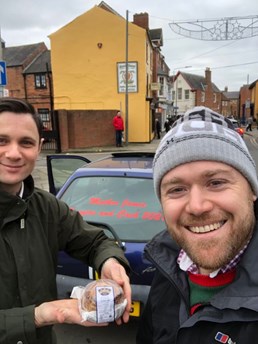 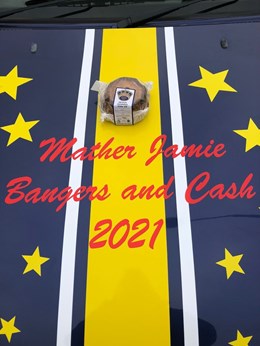 Commenting on the event, Rob Cole, Mather Jamie Managing Director said, “When we set out to raise £30,000 for Rainbows, Loros and One Roof Leicester we also hoped that the events we held would create opportunities for team members to lift the mood caused by covid and have some fun whilst doing something to help those in need. We are delighted that our combined efforts have smashed our target and hope that by the time we finally present the cheque we will be able to exceed our target by at least another £10,000.”

The Honda Civic proved to be the victory vehicle driven by Tim Jones who managed to arrive at all six locations in first place. 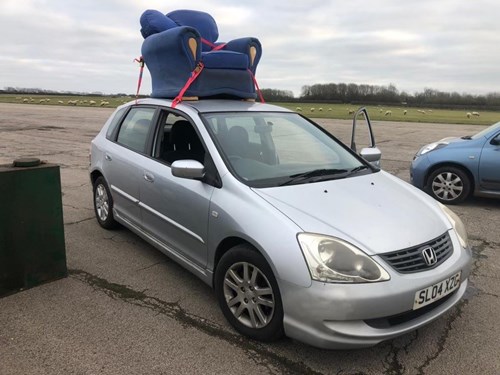